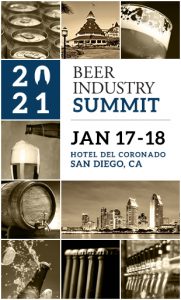 By now, most of the largest craft brewers, like Sierra Nevada and Boston Beer, have announced credits for expiring keg returns (60% and 50%, respectively; Boston’s terms were pre-existing). Even Summit Brewing, which only produces a hair over 120,000 barrels, announced a plan to offer full credit on untapped, expiring kegs, about a month ago [see CBD 03-31-2020].

But now, it appears that some distributors may come to expect rebates from craft brewers of every size.

One small brewer (they only do a few thousand barrels) shared with CBD receipt of notice from their very large A-B house, asking the brewer to contribute at least 50% of FOB of the out of code expense resulting from COVID-19, as well as cover the decanting process. The distributor said they are “willing to work with each partner on a payment plan or payment through a reduced FOB for a period of time if needed.”

But the brewer reasons that they are “a fly on the wall” compared to this multi-million dollar company.  “It’s one thing for ABinBev who has $5Bn CASH ON HAND to cover 50% of keg costs,” the brewer said. “It’s another — IN THE MIDDLE of this thing, while our taproom is shut down and we are selling the lowest margin beer to them amidst their record sales — to ask us for a handout.”

“It’s unconscionable that they’ve asked every small supplier to match terms set by 3 companies with collective market cap of $123Bn (Constellation/MolsonCoors/ABinBev).  … We can’t ask our landlords to eat 50% of rent and forgive it from February and March.  We can’t ask our hop farmer to cover 50% on the hops in that beer.

“But they don’t stop there- they suggest it’s reasonable that if we can’t pay them, they’d like a price adjustment on future beer sales.  That’s not a partnership, that’s a monarchy.  If we can’t pay, do we get punished in the market? Do all suppliers negotiate their own terms? If their expense is payroll, are they willing to certify they don’t get PPP funds?  If their largest expense is product and payroll, are they getting free payroll for 8 weeks- then we offset their losses with our cash?”

We asked BA chief economist Bart Watson if he’s hearing compulsory returns as a concern for the smallest suppliers.

NOT COMPULSORY, BUT BA MEMBERS INDEED BEING ASKED FOR BUYBACK CONSIDERATION. “We are hearing from more members that they are being asked for buyback consideration,” Bart said. Each brewer must make their own independent business decisions when it comes to items outside of contracts. There is a lot of hardship out there in all parts of the beer industry. As you may already know, we are working collaboratively with the NBWA and BI on legislation on this issue.”

MANY -PROBABLY MOST- DISTRIBUTORS JUST WANT TO HELP. To be clear, and fair, it does not appear that such strongly-suggested buyback directives are happening very much (even if there is interest).

We reached out to some of our distributor truth squadders on the subject. One said that strong-arming keg credits out of the smallest brewers would be “very short sighted,” as it would likely kill some of them, and those that survived would have “a story to tell about how big bad 3T is and change all the laws that retain the value of our business.”

But another said that almost all their craft brewers — “no arm twisting needed” — had already extended draft code dates (up to an entire year!) and are doing 50% FOB credit.

“Trying to get 50% FOB for OOD draft from small craft suppliers is like trying to get blood out of a stone.  We are working with them to try and keep them in business, not get relief from them,” said this distributor.

Anyway, it’s an ongoing issue, as we hear many large regional craft breweries may still be deciding what they’ll officially offer for returns (if they even will). Stay tuned.

Cisco Brewers announced this week that they will be “unveiling an updated logo and new packaging design” for their full collection of beers, including their newest addition, Summer Rays Golden Ale, as part of their 25th anniversary celebrations.

“With 2020 marking Cisco Brewers’ 25th anniversary, we wanted to reinvigorate the brand with a fresh new look that celebrates its heritage and strong connection to New England’s coastal lifestyle for our new legion of fans,” Marimé Riancho, Senior Director of Marketing for Cisco Brewers, said. “We were initially planning to unveil the new logo design and packaging next month, but since fans have been stuck indoors, we decided to release our new Summer Rays Golden Ale early to share a reminder of what’s waiting for everyone once we’re able to get back outside.”

The new logo “plays up the recognizable C-shape from the original logo,” and pays homage to the New England coast by making it more closely resemble “rippling ocean waves.”

The Summer Rays Golden Ale will be the first beer to feature the new design. The beer, brewed with Galaxy, Azacca, Saaz and Citra hops, contains 4.4% ABV and 19 IBU. The ale will be available across New England this month in 12 packs of 12-oz. cans and four packs of 16-oz. cans.

The company plans to release the rest of the revamped product designs “throughout the spring and summer,” with the entire line ready to go by the fall.

“Nothing in life is to be feared, it is only to be understood. Now is the time to understand more, so that we may fear less.” – Marie Curie